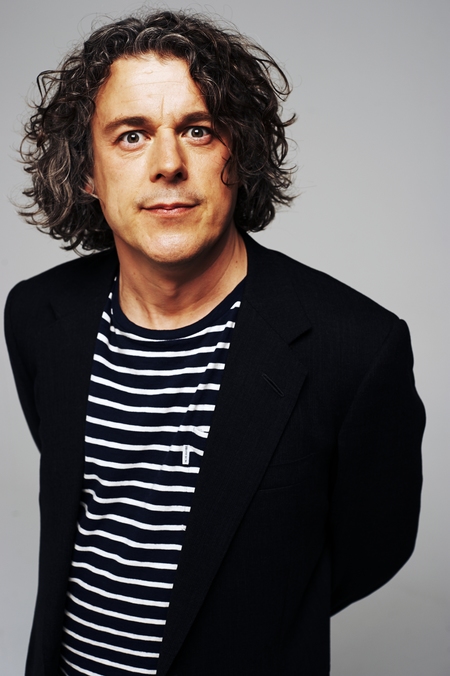 Alan started as a stand-up comic in 1988. He was named Time Out’s Best Young Comic in 1991 and received the Critics Award for Comedy at the Edinburgh Festival in 1994. After three series of his own comedy show on Radio 1, Alan took on the title role of Jonathan Creek, written by David Renwick, which in 1998 won a BAFTA Award for Best Drama Series as well as a National Television Award.

Following sell-out tours, a West End season and a BBC1 special of his stand-up show Urban Trauma, Alan took part in a comedy pilot produced by John Lloyd and hosted by Stephen Fry, QI, which has run on the BBC since 2003.

Penguin published Alan’s first book, My Favourite People & Me 1978-1988, in 2009. The book was turned into a documentary series for Channel 4 called Teenage Revolution and is available in paperback under that title.

He has toured countries as far flung as Australia and New Zealand, as well as closer to home in Europe with his live stand-up shows. He also hosts Alan Davies: As Yet Untitled on Dave, The Dog Rescuers on Channel 5 and still appears on QI, which is in its 15th series.

Join us and our host, Alan Davies, for the celebration on Friday 23 February

There is still time...book your tickets here

The winners were revealed on Friday 23 February 2018 at the Grosvenor House Hotel.

See why the Tes FE Awards are valued by the sector.

If you have an enquiry, please don't hesitate to get in touch with us.

Sign up here to receive the latest news on the Tes FE Awards.